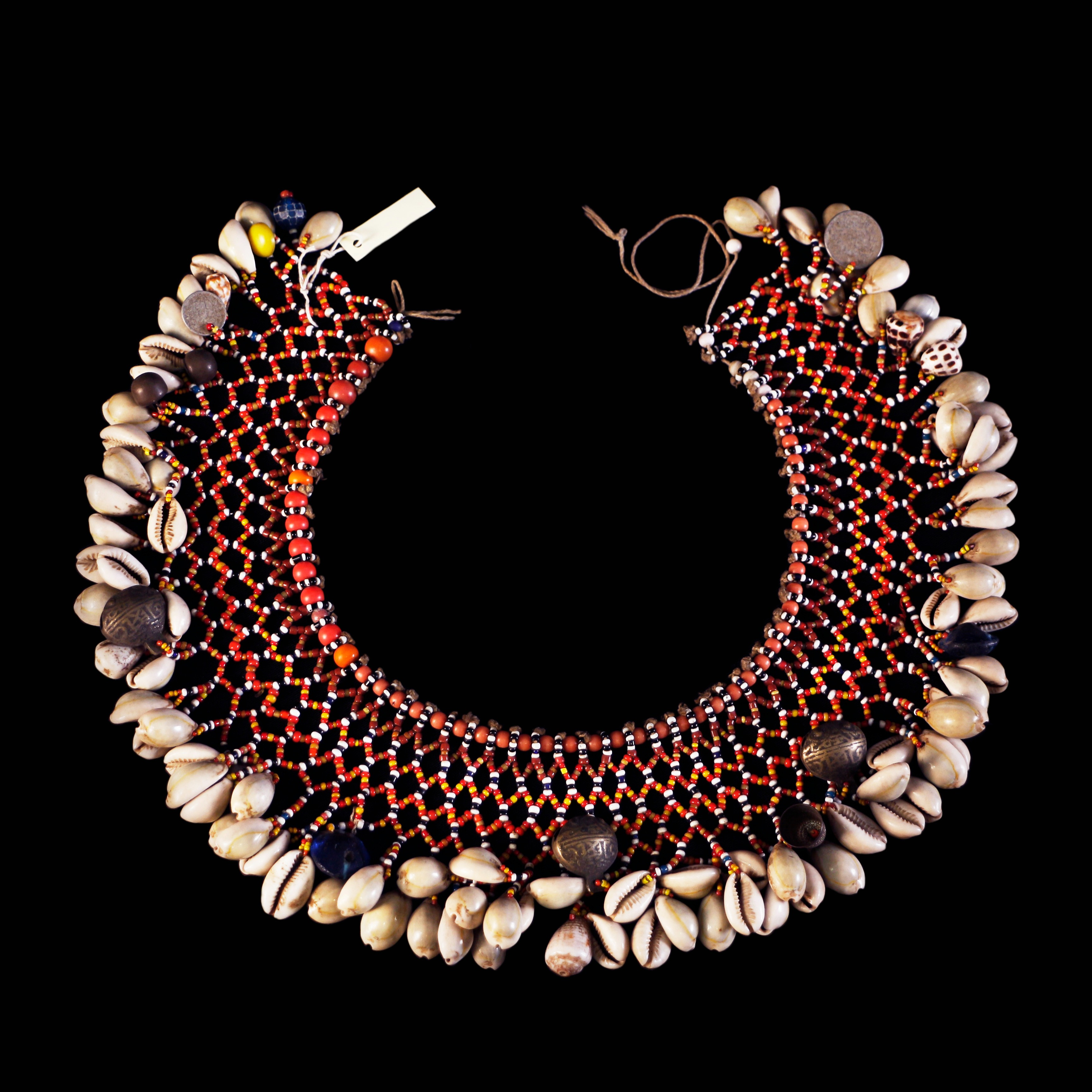 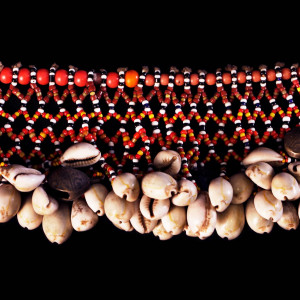 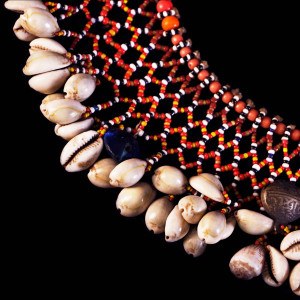 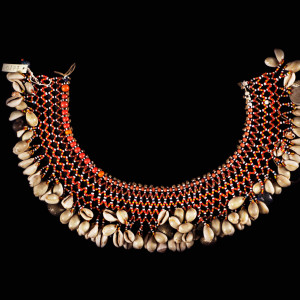 Due to copyright restrictions, this image is for 21AM use only.

Assembled to make the karaweweng are evenly sized cowrie shells and polychromatic glass beads. The karaweweng, a form of necklace worn with the large elaborate section at the woman’s back, and the single beadwork row at the front, is unique to the Ga’dang-speaking people of Paracelis, Mountain Province, in the northern Luzon Cordillera. (Ga’dang-speaking groups also live in pockets in the lowland areas of Nueva Viscaya, but were Christianized early in the Spanish colonization.) The small sizes and colors of the beads—red, yellow, blue, white—are ubiquitous in the Ga’dang and neighboring Kalinga areas, and there is substantial overlap in Ga’dang and Kalinga beadwork compositions. However, Ga’dang specimens of the best quality are consistently made of the tiniest beads anywhere, both translucent and opaque; and in greater masses. The collection of cowries to make a karaweweng represents long-duration persistence: shells acquired via exchanges between coastal and montane northern Luzon would have had to be sustained across decades (and across generations) to bring together nearly identical sizes, shapes, and coloration.

The exclusive Intellectual Property Rights of the information contained in this website remains with the artist/s and the Cultural Center of the Philippines and is protected by the laws of the Republic of the Philippines. No part of this website may be reproduced, published, distributed, or transmitted in any public form or by any commercial means without prior written permission of the artist/s and CCP.

We are committed to learning more about our collections and updating the content of this website. Does this record contain inaccurate information or language that you feel we should improve or change? Please contact us at vamd@culturalcenter.gov.ph.